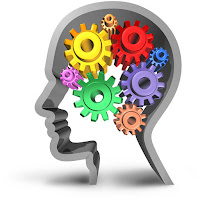 Approximately two-thirds of people with MS have significant cognitive difficulties, including early stages of the disease. These difficulties have been shown to directly influence the functional activities of daily life, including the ability to maintain employment and interpersonal relationships. The most prominent cognitive deficits in people with MS involved are learning and memory. Studies have shown that the main reason for difficulties in learning and memory in people with MS is the difficulty in initial acquisition of information, rather than the retrieval of long-term storage information in the brain. DeLuca demonstrated that when people with MS matched the amount of information initially gained in a list-learning task by reaching a common learning criterion, recognition and recognition performance did not differ significantly from healthy controls at 30 minutes, 90 minutes, and delays of one week after learning.
Since learning is the key problem in people with MS, then treatment focused on improving learning can increase recall and recognition, which in turn can help improve the performance of daily activities.
The self-generation essay is based on research that shows that self-generated elements are better remembered than elements read or heard (ie information provided). This phenomenon, the "generation effect", has proven to be robust to improve learning and memory of new materials learned in healthy individuals as well as in neurological clinical populations such as MS.

A randomized controlled trial to treat impaired learning and memory in multiple sclerosis: The self-GEN trial

Abstract
Background: Difficulties in learning and memory are among the most persistent and frequently reported cognitive symptoms in individuals with multiple sclerosis (MS).
Objective: To examine the efficacy of the self-generation learning program (self-GEN trial) that consist of behavioral intervention sessions, teaching self-generation technique while using metacognitive strategies to improve learning and memory abilities in persons with MS. Additionally, the treatment aimed to address generalization of the treatment to activities of daily living.
Methods: This double-blind, placebo-controlled, randomized clinical trial included 35 participants with clinically definite MS, 19 in the treatment group and 16 in the placebo control group. Participants completed a baseline neuropsychological assessment, including questionnaires assessing everyday memory and a repeat assessment immediately post-treatment.
Results: The treatment group showed significantly improved learning and memory, self-regulation, and metacognition relative to the placebo post-treatment. Similar results were noted on measures of depression, functional status, and quality of life (QOL).
Conclusion: This study provides initial Class I evidence that the self-GEN behavioral intervention improves memory, self-regulation, functional status, affective symptomatology, and QOL in patients with MS.

This study provides initial proof of concept that the self-GEN, a behavioral intervention targeted to specifically strengthen the acquisition of information during learning, can significantly improve memory performance in MS . The findings suggesting that self-GEN treatment can improve not only memory but also self-awareness, depressive symptoms, and QOL . 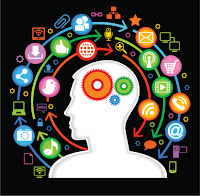